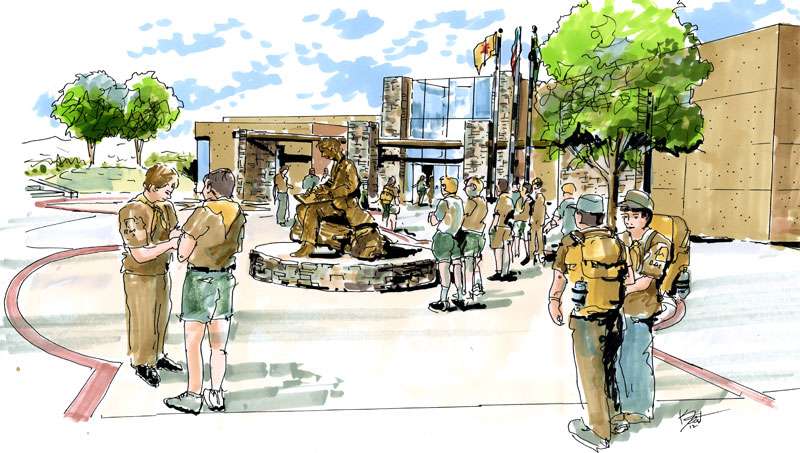 The Boy Scouts of America marked their 100th anniversary in 2010, celebrating a century of providing a unique education and adventure experience for boys. One of the most significant parts of the BSA program is the Philmont Scout Ranch, located near Cimarron, New Mexico. Serving thousands of scouts each year with events throughout the 135,000 acres, the Philmont experience often begins and ends with a visit to the Library and Museum. The 1960s building is crowded and stretched to its limits, with many parts of the building serving multiple functions, while other functions simply cannot be offered with the current facility.

Conron & Woods was hired to evaluate the programmatic needs of Philmont and to produce a design for an expanded Museum and Library building. Work began with a series of working sessions with staff to develop the program and understand the general needs of Philmont. One question was whether to raze the existing building or to use it as the base for the new design. Working closely with staff, Conron & Woods measured the existing building, studied its condition, and worked through a variety of design options. The process showed that the existing building had a number of strong assets and could very reasonably work as part of the new facility.

The images shown here are the resulting design. The project is currently in a fundraising phase.