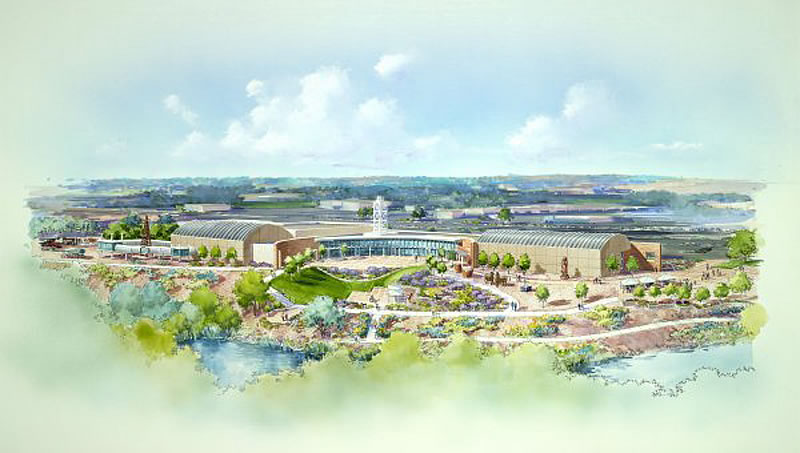 Conron & Woods was hired to complete a detailed programming phase and design services for several major additions to the museum's core building. These included two separate exhibit spaces, one for visiting exhibitions and a second to house permanent exhibits to tell the stories of the oil and gas industry, which is central to the history of Farmington and the region.

Other added spaces would include workshop areas and increased office facilities. A walk-through pipeline exhibit at the southwest exterior of the building was also designed to complement an exterior exhibit of artifacts from local industry. In addition, design work developed the exterior of the site to provide space for outdoor events and a connection to the river park, adjacent to the Museum. The images here illustrate a number of the new exhibits in the Energy Hall, the structure of the new exhibit halls, and the expanded Museum plan.

The Museum has recently received funding to proceed with a portion of the expansion, most notably the new Oil & Gas exhibit hall. Conron & Woods prepared the construction documents and will provide construction administration for the project. Work is expected to be completed in 2013.